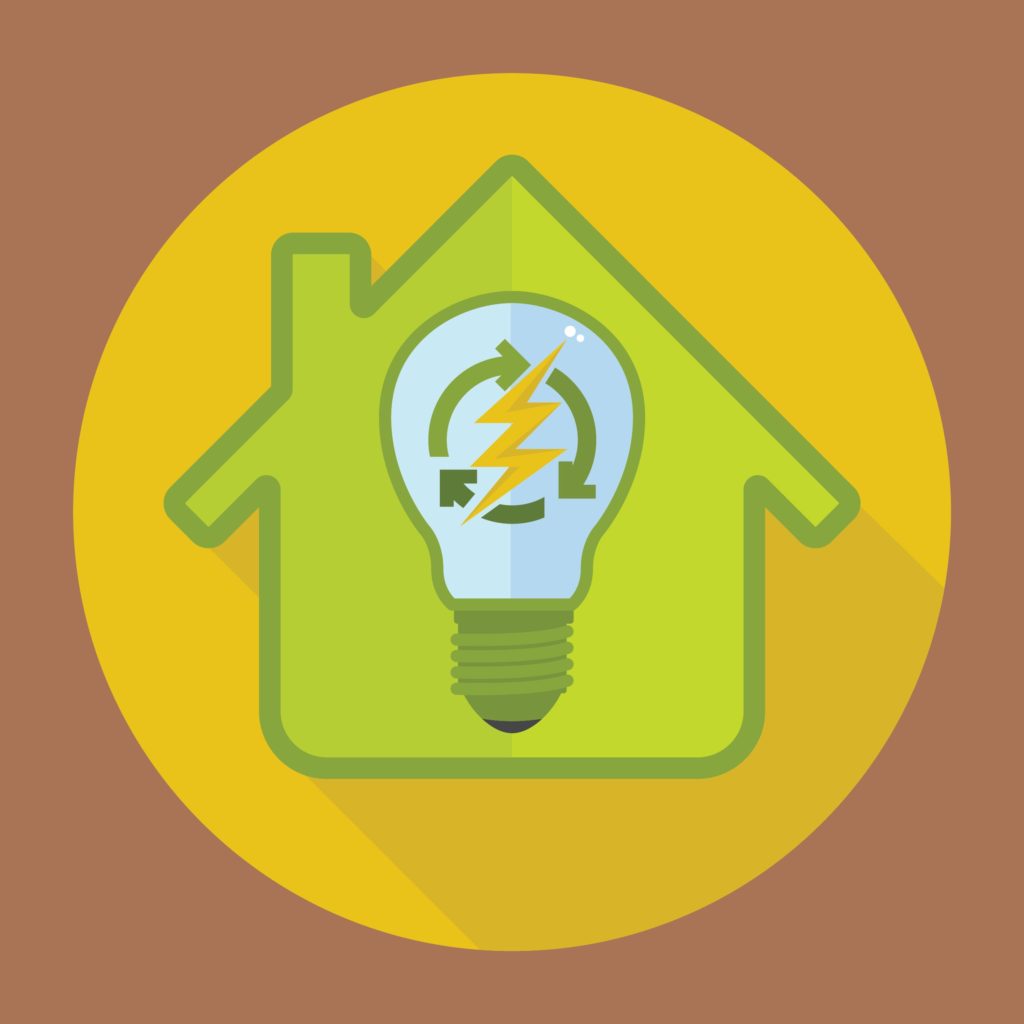 How to Improve Your Home’s Energy Efficiency

These days, there’s a lot of talk about “living green.” As a matter of course, we recycle everything from cardboard to plastic to metal and glass. Our communities regularly hold recycling events for items such as electronics. And more towns are adopting the same type of plastic bag ban that Shrewsbury has recently enacted to encourage reusable bags and less waste.

Green living also addresses the size of the carbon footprint we each create. One way to reduce our environmental impact is to adopt energy-efficient practices in our homes. Many of us already drive energy-efficient cars. Why not implement some energy-saving conventions at home as well? It isn’t as difficult as you might think and it can save you a lot of money in the long term.

I’m not suggesting that you rush out and replace dated appliances that are perfectly functional. If you’re not sure where to start your energy savings, begin by thinking small. Start by swapping burned-out incandescent light bulbs with LEDs and compact fluorescent options. Take some time to evaluate your home heating systems. How out-of-date is your thermostat? Smart thermostats are not terribly difficult to install and their programmable features allow you to control your furnace even when you are asleep or away from home. Some heating and lighting systems can even be controlled remotely by a smartphone or a tablet.

When one of your appliances does give out, shop for an ENERGY STAR certified replacement. ENERGY STAR certifies everything from furnaces to kitchen appliances to washers and dryers to television sets. Visit www.energystar.gov/ for more information. In addition to energy-efficient product listings, the website also provides useful energy-saving tips for homeowners that are easy to incorporate into daily routines.

If you’re willing to tackle a slightly more involved project in pursuit of energy savings, have a contractor or energy auditor conduct a review of the insulation in your attic and basement and the sealants around your windows and doors. Windows that are original to older houses are particularly prone to energy loss. Replacing weather stripping, adding sealants, and installing additional insulation can cut down on drafts and energy leaks. As a rule of thumb, if your home was built before 1980 and hasn’t been updated, it’s likely that your insulation is inadequate.

Massachusetts has many incentives in place to promote the use of renewable energy. Residential use of solar panels is increasing in popularity and their installation can dramatically reduce a household’s energy costs. For more information on available programs, visit www.mass.gov/solar-information-programs.

Energy efficiency isn’t the only way to make your home more environmentally friendly. You can also save money and diminish waste by reducing your water usage. If your water heater needs to be replaced, you should consider a tankless water heater, which eliminates the cost associated with keeping large amounts of hot water in a storage tank. Low-flow faucets, toilets, and showerheads can also cut down on the amount of water you use each day.

I am always looking for ways to streamline my life and eliminate waste at home. With renewable energy programs becoming increasingly affordable and advanced technologies growing ever more pervasive in our daily lives, reducing our environmental impact at home is easier than you might think. A little research can set you on a path toward shrinking that carbon footprint and leaving behind a cleaner, greener planet for future generations.

For a complete listing of available financing programs and tax credits available to Massachusetts homeowners, check out www.mass.gov/solar-information-programs. 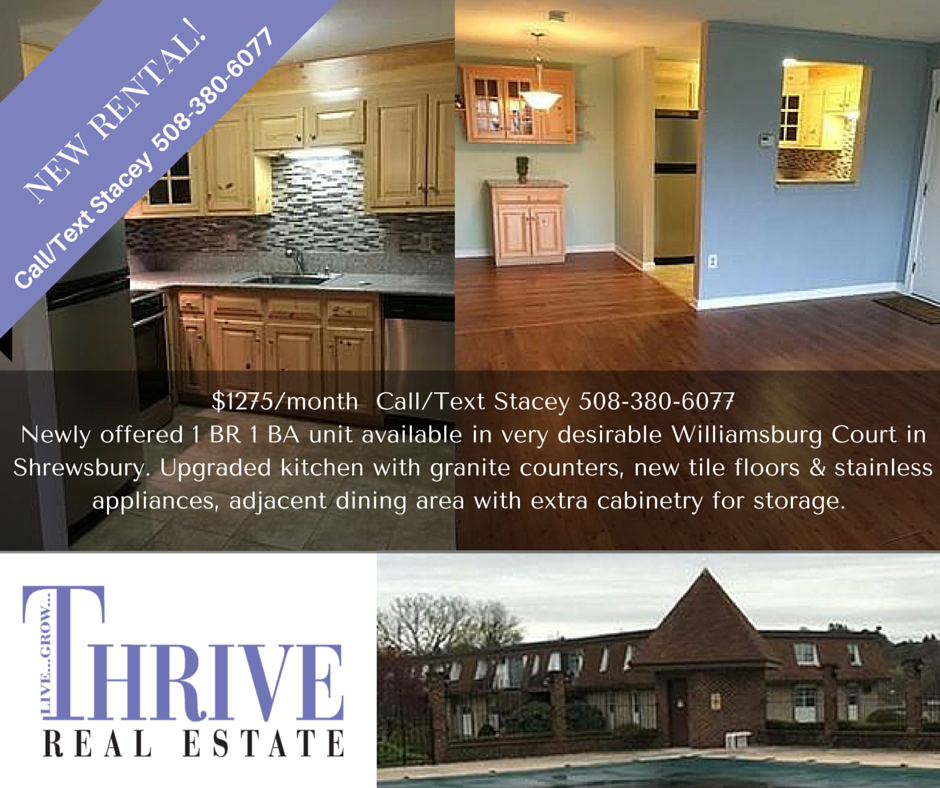 During the last few weeks, many of us witnessed with some nostalgia the demolition of the longstanding Spags Route 9 storefront and its nearby buildings. Understandably, Shrewsbury residents are more than a little curious about its impending replacement, Lakeway Commons.

Spags discount store first opened in 1934, and it operated until 2002 before being purchased by Building 19. The discount store became a mainstay of the Shrewsbury community as its reputation grew and it drew in bargain hunters from around the state. Building 19 closed the store in 2013, but many people agree that it had really begun to lose its original character under its new ownership. The demise of Spags is the end of an era that provided many a fond memory for longstanding town residents.

While we may be bidding farewell a storied institution, there’s plenty to be excited about as construction of Lakeway Commons gets underway. Designed by the Grossman Development Group as a mixed-use development, the Commons will feature retail and restaurant venues including a Whole Foods supermarket and branches of UniBank, Visionworks, Sweet Pizza, Burton’s Grill, Starbucks, Tavern in the Square, and Jenny Boston.

The 23-acre Lakeway Commons development has been designed with the feeling of a village center in mind. With bus accessibility, off-street parking, and pedestrian access, the venture will also include residential living space comprised of 250 rental apartment units as well as 14 townhomes for sale. Townhomes will offer 1,400 to 2,000 square feet of living space.

Lakeway Commons is slated to open starting in mid-2017 and is expected to revitalize the Lakeway Business District.

While change often involves a twist of wistfulness, our community continues to evolve. Its rich history includes historic homes, an erstwhile amusement park, a mansion devoted to candy, and a beloved, old-school discount store. I’m excited for the opportunities that this next chapter in Shrewsbury’s narrative will bring, as its sure to spark a new vitality along Shrewsbury’s Route 9 corridor.

1 BR/1 BA unit available in very desirable Shrewsbury Green. Located on the 1st floor in the preferred back area of the complex with only two adjacent neighbors. Ideal if you are looking for privacy & quiet. Ready to move in to this freshly painted condo unit with new laminate wood floors throughout the living area, breakfast nook, kitchen and a new gas stove for cooking. New carpeting in large bedroom with large closet. Heat, Central Air, Hot water, 1 deeded parking spot included.