The second largest city in New England (after Boston), Worcester was settled by the English in 1673.The following year, settler Daniel Gookin obtained eight square miles of land from the Nipmuc Indian people for an English settlement. Abandoned by settlers during both King Philip’s War and Queen Anne’s War, Worcester was settled a third time in 1713 and finally incorporated as a town in in 1722. The city served as the county seat of Worcester County until county government was eliminated by the Commonwealth in 1998.

Around the turn of the 19th century, Worcester’s economy centered around manufacturing with factories creating textiles and clothing springing up along the Blackstone River. With the opening of the Blackstone Canal and the advent of the Worcester and Boston Railroad in the 1820’s and ‘30’s, Worcester hit its prime and was chartered as a city in 1848. Immigrants from all over Europe began to flood into the city’s now-famous triple-decker houses, looking to work in the city’s factories.

After a slump in the manufacturing industry led to an outflow of residents in the mid-20th century, the city turned its attention to urban renewal efforts. A recovering economy saw a boom in healthcare and biotechnology that continues today. Mill architecture of the Victorian era is still abundant in the city.

Located in the heart of the Commonwealth, Worcester sits approximately 40 miles west of Boston and 50 miles east of Springfield, MA along Interstate 290. The city covers a little more than 36 square miles of land and is bordered by the following towns: Auburn, Millbury, Grafton, Shrewsbury, West Boylston, Holden, Leicester, and Paxton. The Blackstone River forms in the middle of Worcester at the confluence of Mill Brook and Middle River. Worcester’s two most notable lakes are Indian Lake and Lake Quinsigamond. located on its border with Shrewsbury. Worcester was built across many hills and its terrain features variations in elevation. Worcester’s main zip codes include: 01601–01610, 01612–01615, and 01653–01655.

In 2013, Worcester’s median household income was $45,011, with an average home value of $199,300. Unemployment rates in 2015 averaged about a percentage point higher than state-wide rates. Healthcare and education are the leading industries in Worcester, with nearly 40% of residents working in the two fields. More than 85% of residents hold high school degrees and nearly 30% possess a Bachelor’s degree or higher.

National Grid is the city’s main electricity provider, and Eversource is the main supplier of natural gas. Landline telephone services are provided by Verizon , while Spectrum is the city’s cable television franchise. Residents can also choose from a variety of wireless phone and satellite TV services.

The Water /Sewer Operations Division is responsible for potable water conveyance and sewage sanitation for the city. The Division of Public Works and Parks collects trash in pay-per-throw bags weekly and also provides weekly curbside recycling collection for residents in possession of recycling bins, which can be purchased at the DPW&P Customer Service location on Worcester Street.

Other town services include its senior center , veterans’ services, a Youth Opportunities Division, a multi-branch public library system , a Neighborhood Development Division , and Public Works and Parks , which is responsible for traffic, playgrounds, parks, beaches, street trees, and cemeteries.

Worcester maintains a Council-manager system of government with an elected mayor. The city council, with a current roster of 11, handles legislative functions and its appointed manager administers chief executive functions.

Worcester’s city parks have been an important part of city life since 1669, when land was first set aside for Worcester Common. Elm Park is one of the nation’s first public parks and features a playground, tennis and basketball courts, and historic bridges.

Recreation Worcester provides free summer youth programs for ages 7 to 13 at various parks and playgrounds around the city.

Escape Games Worcester is an interactive escape-the-room game in which participants follow a storyline to try to escape a locked room.

Worcester is home to the Worcester Art Museum , The Hanover Theater for the Performing Arts , and the DCU Center. Worcester Historical Museum, located on Elm Street, houses a museum and library detailing the city’s rich history. Worcester is also home to the American Antiquarian Society, an independent research society that houses a vast collection of written materials dating up until 1876; in 2013, the Society was presented with the National Humanities Medal in a White House ceremony.

The Crompton Collective is a boutique market center housed in one of Worcester’s historic mill buildings. Artists and shopkeepers vend their handmade wares and antiques from booths in the building, which also hosts periodic special events.

Worcester boasts local chapters of civic groups such as Rotary International, the Lions Club, the Lodge of Elks, the Fraternal Order of Eagles, and the American Legion. Worcester is also home to chapters of the Boy Scouts and Girl Scouts of America. Worcester’s nine colleges and universities also sponsor numerous clubs and groups available to students.

Worcester Restaurant Week affords residents the opportunity to sample menus from a variety of participating local and area restaurants for a set price for a limited period of time.

Town festivals and events include the Worcester Food Truck Festival in June, the Worcester Italian Festival in August, the Worcester Parade and Pride Festival and stART on the Street in September, the annual Festival of Lights in December, among many others. A full calendar of Worcester events can be found at http://www.worcestermass.org/arts-culture/cultural-calendar.

The YMCA has two branches in Worcester: the Central Community Branch and the Greendale Family Branch.

Worcester embraces a thriving restaurant scene that continues to grow. Shrewsbury Street is home to a pantheon of restaurants ranging from bar-restaurants like Funky Murphy’s and Flying Rhino Cafe to high-end offerings like Worcester Restaurant Group’s Via and 111 Chop House.

Beer aficionados will appreciate brew-centric restaurants like Armsby Abbey and Wormtown Brewery. For sushi lovers, Baba Sushi is the place to go.
Newly-inducted into the Worcester restaurant milieu include Hangover Pub (calling all bacon lovers!) and Deadhorse Hill , both opening to rave reviews.

Worcester is king in the world of diner food. Breakfast food can’t be beat at Miss Worcester Diner and Boulevard Diner , both of which are are housed in old-fashioned dining cars.

From 1755 to 1758, future U.S. president John Adams worked as a schoolteacher in Worcester.

Worcester is the birthplace of candlepin bowling, invented in 1879 by Justin White.

In 1953, the deadliest tornado to ever hit Massachusetts tore through the city.

Many residents of Worcester still live in its iconic triple-decker homes.

One of Worcester’s nicknames is Wormtown.

Search for homes for sale in Worcester MA 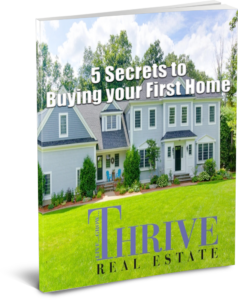